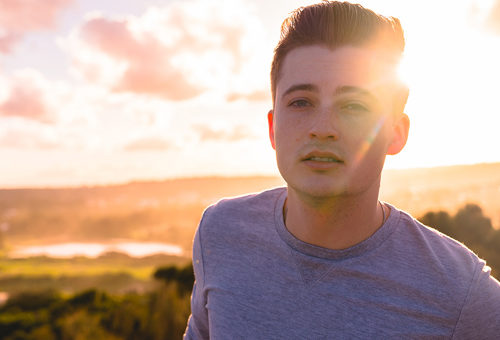 DAVID TAYLOR is an emerging singer song writer, independent recording artist and live performer. One of the rare young breed which understands the benefits of stage performance as a major step in their development. The Stage brings an urgency to practice, performance, and honing of musical and entertainment skills for a live audience. A learning curve which David embraces. It cements his appreciation for the nuances of performance of great songs. And it’s a curve that goes full circle to his inspiration for penning his own individual songwriting and recording style.

As a live circuit performer, David Taylor serves up a feast of the greatest pop, dance, rock, folk, motown, country, and funk classics ever written. His live repertoire spans decades and features over 350 chart topping hits.
From Otis Redding to One Direction, Oasis to Creedence, Simon & Garfunkel to Zac Brown Band, Elvis Presley to Ed Sheeran,  Green Day to The Beatles and many many more.
But what sets David apart is that he has all these tricks in his musical kit bag but is barely into his twenties. Enthusiasm for the task at hand permeates through all his live performances and audiences respond in kind. When he approaches the stage you know that tonight is gonna be a good good night.

David is suitable for all different venues and situations. From a Sunday afternoon acoustic session, to a first class lounge, from a front bar to a full band late night show. A truly versatile performer, multi-instrumentalist and entertainer. He has performed on many stages all around the world, performing alongside both Australian and international artists.

Currently, along with making his mark on the live Sydney scene; David is performing in the USA for Carnival Cruise Lines as one of their ‘Top Rated Performers’ performing as a guitar/soloist and Piano Bar singalong pianoman.

For bookings and further information contact THE PEAK AGENCY.